Baseball and Softball gear up for Sectionals 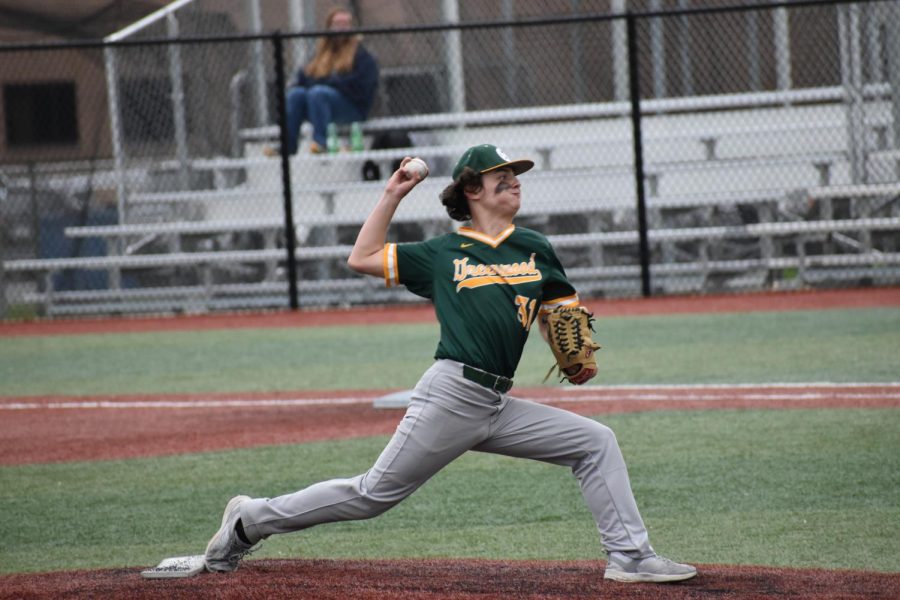 The crack of the bat and the roar of the crowd is a sound and feeling that all baseball and softball players live for. With Sectionals quickly approaching, all players dream to be their team’s hero.

For senior third baseman Justin Donenfeld, coming up clutch has been a recurring theme for his play this season. With two outs in the 4th inning against Perry Meridian, it was Donenfeld who broke open the scoring and 13-2 win in the five inning game.

“When we played against Perry a couple weeks ago, we had a big inning with two outs,” Donenfeld said. “I came up with two strikes, and in a tough 1-2 count, hit a double. The rest of the guys did their thing, and we put up a big crooked number on their starter.”

Staying relaxed and focused in the big moments is important during Sectionals when the lights shine brighter and the pressure is crushing. Visualizing being in the moment and keeping it simple helps junior utility player Noah Rollings stay focused.

“Personally, preparing for big moments looks like just visualizing myself in the moments where I performed well,” Rollings said. “This helps me calm down and perform at my highest level no matter the situation.”

Preparation for Sectionals is similar to that of a regular game. The baseball team may take some swings in the batting cages and work on taking infield and outfield.

“Usually our preparation is the same no matter the game,” Donenfeld said. “We try to take the same approach to every game and not overthink things too much. We keep it simple and work on the basics.”

Woodmen softball prepares similarly to the baseball team, taking many swings in practice and seeing different speeds and types of pitches.

“Our Sectional prep consists of lots of hitting to get prepared for the pitchers with more spins and speed,” junior catcher Dominica Wheatley said.

As Sectionals approach, players tend to focus more and bring up practice intensity. Although focus is needed, staying loose is important to success too.

“I definitely think there is a bit more intensity and focus. Everyone wants to win so everyone works as hard as they can,” Donenfeld said. “I think there is more of a focus throughout the locker room and during practice when Sectionals is closer. But we always try to stay loose, and that’s something special about this team that makes us hard to beat.”

For the softball team, communication and timely hitting will be their most important factors for success.

“The most important factor for winning Sectionals is going to be being able to hit and get hits at the right time,” Wheatley said. “Working together and talking as a team is also important for us to have success.”

Baseball is a team sport. If one player does not do his job, the whole team falls apart.

“Everybody is a key player on the baseball field,” Rollings said. “Baseball is very much a team sport, and the team will not succeed if all of the parts of the team are not working together.”

For the softball team, they will need more contributions from their pitching talented outfield group.

“We will need our outfield and pitchers to be key performers,” Wheatley said. “We need to have a lot of strikeouts and no extra bases due to balls that should have been caught in the outfield.”

Sectional 13 is loaded with talented baseball players and teams. Top ranked player in the 2023 class Max Clark from Franklin Community. IU commits Ben Murphy (Junior) and Tyler Cerny (Senior) from Center Grove. And another IU commit with Sophomore Hogan Denny from Mooresville. Those teams cannot forget about Martinsville and Whiteland who are both tough teams respectively.

“I think our Sectional is one of the toughest in the state,” sophomore pitcher Brendan Bailey said. “There is loads of talent and a future draft pick with Max Clark. Hogan from Mooresville is a great hitter and has talent around him. Center Grove is also obviously a really good and tough team. They have an insane top three pitchers who all throw 90+ mph, along with a lineup loaded with Division 1 talent in baseball and one more in football. They’re just all crazy athletes.”

The softball team is also in a tough Sectional at Mooresville, with a very talented Whiteland team, Franklin Community, Martinsville, Center Grove and the host Mooresville Pioneers. Whiteland is the favorite to win, but sophomore pitcher Courtney Hankenhoff said any team has the opportunity to win.

“I think Whiteland is probably the team most people think will win but all of the teams are very tough,” Hankenhoff said. “Whiteland definitely has the best overall team being ranked top 10 in the state. But Center Grove is good and is always historically a really good team. Franklin, Mooresville and Martinsville are also very talented teams.”

Woodmen baseball plays Center Grove next Wednesday at Center Grove while the softball team will take on Franklin Community at Mooresville on Monday.